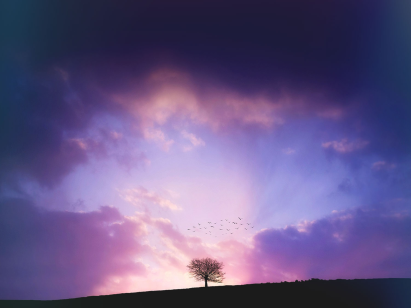 Hi. My name is Jessie, and I was continued. Continued to do what you may ask…Well if you live in the world of The United Methodist Church you may know, but if you don’t I will inform you as a lot goes into this word “continued.”

If you don’t know much about the process to become ordained in The United Methodist Church, you must know that when folks get to their ordination interview, they have already been on a ten year plus journey to get there. To seek ordination, you must receive a diploma from college, you must attend a three-year seminary, you must do field education, and clinical pastoral education, and work in ministry for three years before you are even able to apply for full ordination. It is a grueling and faithful process.

Seven years ago in January of 2012, I went before the Board of Ordained Ministry to be considered for full ordination. I was ready. I was over-prepared. The day came and I walked to my car at Blackstone confidently thinking that all my interviews went very well. Then I received the call that although I had passed two committees with flying colors, they were going to continue me another year because I did not pass the theology committee. When I asked why, my team leader shared that although I had not shared anything heretical during the interview, the team thought that my answers were too short in the oral interview and because of this the team thought that they could not hear my theological voice and were not comfortable passing me.

In my effort to not talk too much (which is my very nature), I did not talk enough. So, I was continued for another year in the provisional process. Although this may not seem like a big deal to some, in my world, this was the worst thing that had even happened to me. I felt like I had failed, like I had publicity failed. My church grieved with me. I questioned my own effectiveness in ministry.

I felt that a great injustice had happened to me by the Board. I was devastated. To make matters worse, that Annual Conference, I sobbed as I watched 25 of my closest friends being ordained. That was the year they had the choir and everything.

I wallowed for a while with this grief: I laid on the floor and cried. I ate some Ben and Jerry’s, I shared with anyone who would listen about how unfair my life seemed to be. By the grace of God I had some wonderful people in my life who told me it would feel like the end of the world, but that is really wasn’t.

I finally realized that I needed to spend more time and energy on passing than becoming stuck in the past. The next year, I went back to the interview committee, I presented my action report, and I shared theologically in detail with more examples from my ministry setting, how God had called me to practice this crazy thing called ministry. Then in 2013, I was ordained.

What I found in that year of growth, and it is hard for me to admit this even today, is that being continued had a lot more to do with work I needed to do, and a lot less with the Board that had continued me.

God works in mysterious ways. The same year I was ordained I was invited to serve on the Board of Ordained Ministry, which I have now been a member on for the past six years. I have read 23718394734347328947239847 papers. I have been in many interviews of those seeking ordination and I can say with confidence that the board does this holy work with a great burden on their shoulders. Of course we want everyone to be recommended. We know how hard everyone works, we know how much time it takes to write papers and do everything else to prepare for the interviews. We sit in our team meetings for hours, praying for discernment from the Holy Spirit as we discuss candidates and the criteria that has been set before them to meet.

As I have sat on this other side, I realized that when I was continued that board was just doing their job. In continuing me they were not saying no to me, they were saying not yet. It was true that I had not met the criteria set before me in the interview, so their only choice was to continue me. They rejoiced with me the following year when I was recommended. They beamed with pride as I crossed the stage to be prayed over by the Bishop.

I now thank God for that year to grow in humility, knowledge of the Bible, and my ability to teach what the Bible says. I think this is why God and our Bishop have called me to serve on the board, to sit with those who have been continued at provisional events. I know your pain. To remind them that God is with them, to remind them this is not the end of the world even though it may feel like it.

I think we have to stop viewing being continued as failure and the end of something, and start viewing it as the beginning of a journey of self discovery in which we will be strengthened.

To those of you out there who have recently been continued…this is not the end…your ministry is important and needed, you are important. Surround yourself with people who lift you up and celebrate your gifts, give yourself some grace and ultimately know you are loved by God.

It is okay to grieve, to cry, to be angry, to question things, but you cannot stay in that place forever.

God really does work in mysterious ways as this past round of interviews I served on the very committee and team that continued me all those years ago. In this action, God reminded me that moment of continuation in my life was not the end, it was just a part of my story of ministry, it did not define me and my ministry and helped to strengthen me into the pastor I am today.

What I am trying to say is continuation is not the end…it is like a comma in the story of life. Do not lose heart if this is part of your story and above all know you are not alone.

7 thoughts on ““My Name is Jessie, and I was Continued””